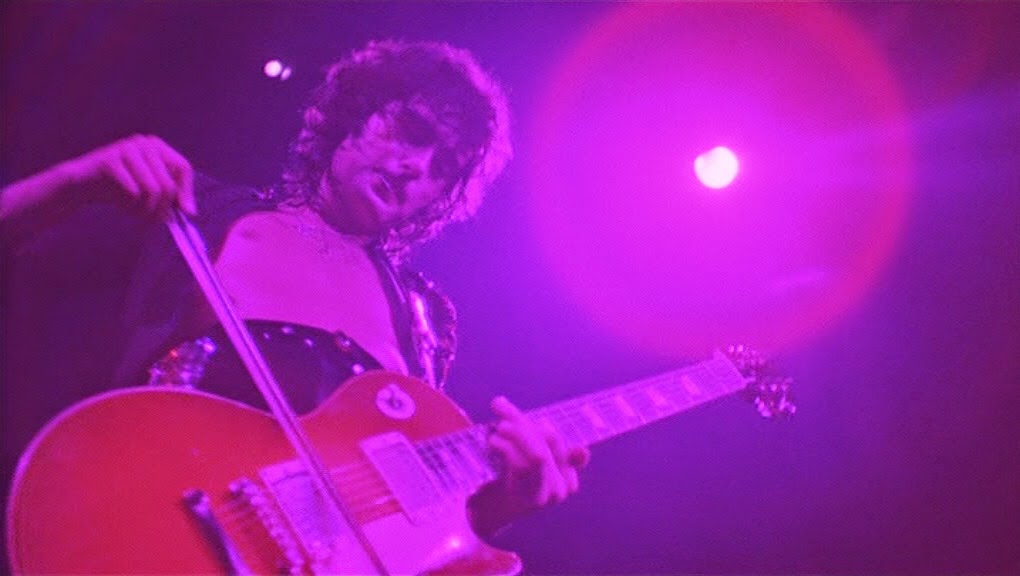 The term "Rosetta Stone" (I'm omitting reference to the popular language learning software) has two meanings in the Merriam-Webster dictionary:
The actual Rosetta Stone in the 1st definition gave birth to the 2nd definition as a common reference in a variety of topics.

On a personal level, I often refer to the band Led Zeppelin as my musical "Rosetta Stone" because, aside from them being my all time favorite band in the world, they have directed me in directions of musical exploration that no other Rock band could do, thus giving me "clues to understanding" a much wider range of music than just "Rock and Roll".

In my youth, my initial love affair was split between hard Rock/Metal (e.g. Kiss, Aerosmith, Black Sabbath, UFO, Iron Maiden) and 70's electronic music (e.g. Tangerine Dream, Vangelis). A somewhat varied interest for a pre-teen American kid but nothing exotic. As I grew older and more rebellious, my taste gravitated toward heavier stuff like Metallica, Megadeth, and so on. Again, nothing out of the ordinary though I did think of myself as something of a Heavy Metal snob and purest. But that would change when I fell in love with Led Zeppelin.

My initial exposure to Zeppelin was pretty typical of kids of my generation. It was via FM radio and the ubiquitous presence of "Stairway to Heaven". It was a song I liked but, at the same time, I viewed Zeppelin as the previous generations music. My early high school years was the early 1980's. Led Zeppelin had already disbanded following the tragic death of John Bonham. I did buy the album "Led Zeppelin IV/Untitled" and must admit that it was not the "soul grabber" it would become, mainly because it wasn't as heavy as the stuff I was immersed in at the time. In hindsight, it had way more depth in the songwriting, musicianship, and production than I could appreciate at the time. I was a full on testosterone-fueled, Metalhead at this point and subtlety was being lost on my immature ears. But that would quickly change, thanks to another aspect of my misspent youth.

One Friday night, my friends and I went to such a pairing of "The Wall" and "The Song...". The movie was preceded by some teenage "partying" so that our mental state was suited for the experience (I'm not kidding when I say I had a misspent youth). I remember being in awe of The Wall on the big screen but the life-altering moment was seeing "Song Remains the Same".

The movie was crafted to be a "mind blowing" experience anyways but I just remember seeing Jimmy Page on the big screen doing what Jimmy Page does: being the coolest, most bad-ass Rock god on the planet and being completely blown away. The band as a whole was so much cooler than anything I've seen before or since. But it was the depth of the music that hooked me. Everything from the howling minor blues of "Since I've Been Loving You" to the bombast of "Rock and Roll" to the beautiful "Rain Song". It was dynamics galore delivered with such power, competence, and attitude. Two pivotal moments in that movie was "Dazed and Confused" (major improve jamming that seemed to go on forever...in a terrific way) and "Whole Lotta Love". In both songs, Page did things musically that transcended typical Rock forms, using a bow and a Theremin to literally transport the listener to someplace far, far, away. Just epic soundscapes that were not what I would expect from a Rock band.

Following that experience, I went back to my copy of LZ IV with renewed interest and listened very intently and fell in love. Then I bought "Physical Graffiti", then LZ I, then "Houses of the Holy", and so so and so forth, digesting the entire Zeppelin catalog.

What blew me away the most (and continues to amaze me to this day) is the stylistic variation these guys delivered while still maintaining the "context" of a Rock and Roll band. The acoustic, folk influences, the Arabic flavors, the ethereal elements in the production, the use of drones and ambiance, and, of course, the Blues.  All these elements started me on a path of musical exploration that continues to this day.

Through Zeppelin, I became fascinated with Moroccan, Celtic, American Folk, Country, Indian, and Blues music. Just glancing at my iPod right now, I have music by Bachir Attar (Moroccan), Ravi Shankar (Indian), Robert Johnson (Blues), Townes Van Zandt (Country) and so on and I can recall the exact sequence of discovery that led me to fall in love with these and so many other artists that all goes, quite literally, back to Led Zeppelin. And, of course, not forsaking my love of hard Rock, Zeppelin does a pretty decent job at satisfying that craving too.

I can truly say that the majority of the nearly 1000 titles of music I possess in my record/CD/tape/digital collection I have is either directly or in directly due to Led Zeppelin. In that regard, they are truly my musical "Rosetta Stone".
Posted by Alan Imberg at 8:49 PM No comments:

My 1st Trip to a Muslim Country 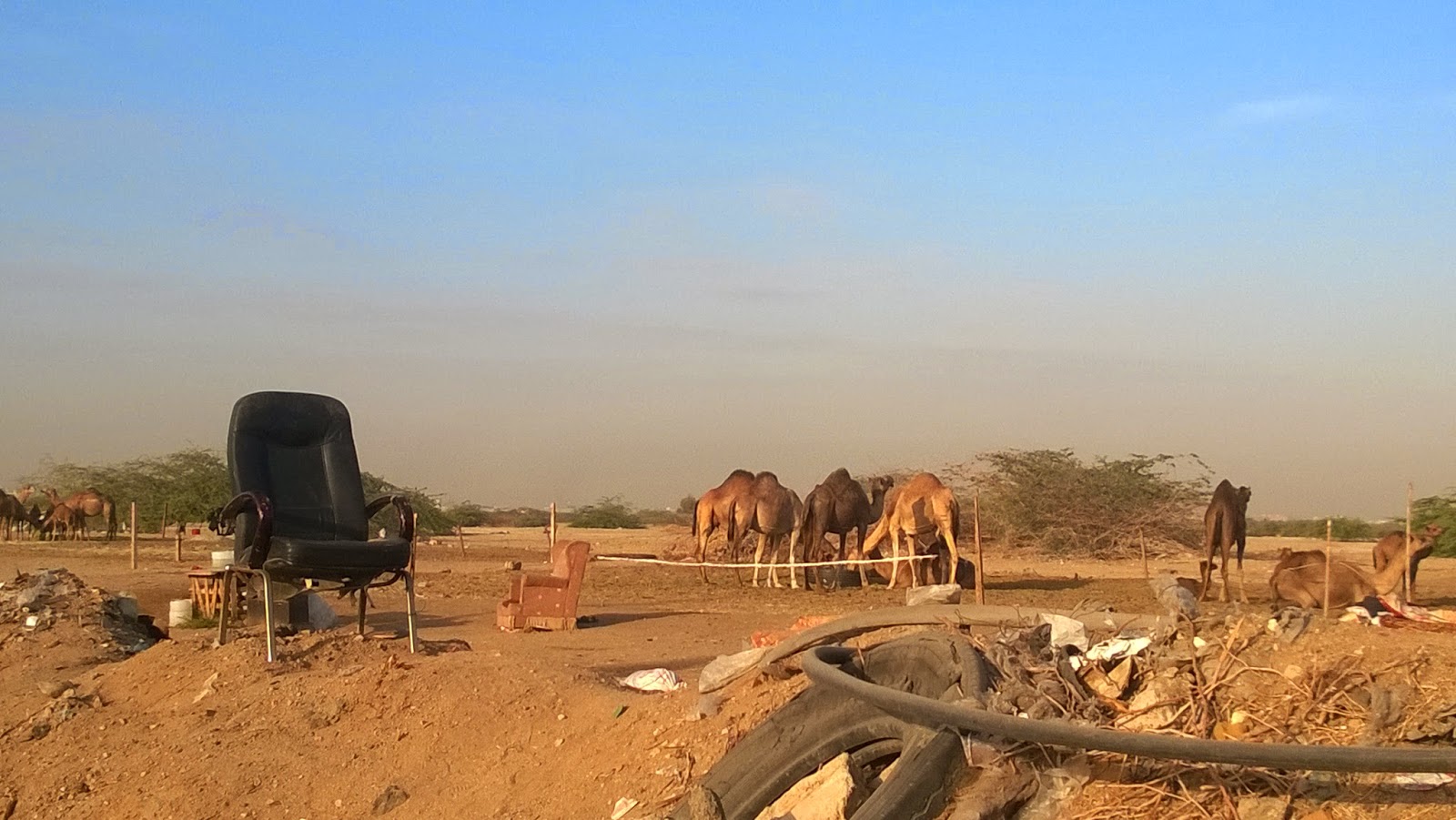 In January, I visited Jeddah, Saudi Arabia for 2 weeks. What follows is an accounting of the trip and some take-away observations.

This was a trip planned for several months but was delayed due to logistics. The months leading up to the trip were, I must admit, tense due to, in no small part, the regular travel warnings that the U.S. State Dept. sends out to holders of Saudi Arabian visas. Such warnings include "suspected religious fundamentalist killed a Norwegian citizen near an IKEA" (this was an actual warning). They follow the notice with a statement that reads: "If you can't change your travel plans, it is suggested to avoid crowds,.....". The implied statement is "DON'T GO!". There is indeed a significant element of Islamic fundamentalism in Saudi Arabia, the home of Wahhabi-ism, and, though the government (i.e. royal family) has strong ties to America, there is a powerful group of people in that country that dislike both the American government and the royal family. But, that said, the aforementioned warning could have been as much a hostile reaction by a Saudi towards Scandinavians because they hate IKEA stores. In any case, I had to quell fears that these warnings created, reminding myself that of the many places I've traveled to, the element of uncertainty always gave way to personal revelation and affirmation of the common goodness of people (not to say there aren't bad ones but a core belief I hold is that the overwhelming amount of people on the planet aren't malicious, that "better angels" win the day).

State Dept-induced fear aside, I was interested to experience visiting a Muslim country. Islamic culture is a fascinating mystery to me. I know we in the West get a skewed and simplistic perspective of the culture if we limit our understanding to what the popular media gives us. But I have, over the years, grown to love music that originates from Muslim cultures (e.g. Hamza El Din, Kayhan Kahlor, The Faran Ensemble) as well was poetry (Rumi) and art. I know I've only scratched the surface of the cultural offers of the Muslim world. Logic dictates that there is much more cultural diversity and variation than can be understood from afar which made me keen to get a glimpse 1st hand.

Prior to my arrival in Jeddah, I had a 12 hour layover in Dubai. The contrast between Dubai and Jeddah, in hindsight, was significant. Whereas Jeddah had much an austere feel to it, being the primary gateway to Mecca, Dubai was much more cosmopolitan and liberal in feel. It certainly felt to live up to the unofficial title of "The Gateway to the East". The city had the appearance of growing rapidly with lots of construction and very modern architecture. I understand that, while a Muslim society, it was much more liberal in its acceptance of "vice".

While waiting for my flight to Jeddah, I was struck by the variation in ethnicity and clothing at the airport. While the majority was dressed in some manner of traditional Muslim clothing (particularly the women), there was quite a contrast from the very simple to the very elaborate. Again, my take was that Muslim culture is as non-homogeneous as any other broad-based culture.

Because Jeddah is the primary entry way to Mecca (holiest city in Islam), the vast majority (i.e. everyone but me apparently) of travelers going from Dubai to Jeddah were pilgrims in the midst of their Umrah pilgrimage, a religious rite similar to the annual Hajj rite but can be done any time of year. From what I gathered, there were Pakistani, Kuwait, and Indonesian pilgrims on my particular flight. I was literally the only passenger on the plane not a pilgrim (as confirmed by the flight attendant).

Upon arrival, I had to traverse through customs, as is the case everywhere. The one benefit of not being a Muslim pilgrim was the fact I didn't have to go through the designated "Pilgrims" line in custom which was VERY long. Apparently, the Saudi government has a logistical nightmare on their hands with being the keepers of the holiest sites in Islam. For religious reasons, they have to grant access to those sites to all Muslims, regardless of country of origin. But for political reasons, they have to exercise caution because not all Muslim countries are friendly to Saudi Arabia (e.g. Iran). So the visa process is extensive. For Western business travelers, it appears a bit easier to enter the country. But, that said, there is a very strict ban on alcohol so my luggage was subject to search. I had to explain that the Kelloggs protein bars I brought with me did not contain alcohol.

Once through customs, I was taken by a taxi to the Intercontinental Hotel which is owned by the parent company of Holiday Inn. The hotel was opulent by my standards (e.g. ornamental furniture in the lobby dating back to the 17th century) with security measures at the gate entrance that appeared excessive but wasn't going to be question by me.

About a 1/4 mile from the hotel, I noted a huge water fountain that jetted water hundreds of feet into the air. This was King Fahd's Fountain and was impressive.

I wish I could say I did lots of touristy stuff and ventured about....but I was there for work and was dissuaded from going anywhere without a local escort. That said, I found the obvious differences in daily life fascinating. Some examples:

Overall, the trip was very nice. I only got a small glimpse into the Saudi and Islamic world but it was an enriching glimpse and one I'm most grateful to have had.

My sincere thanks to Youseff,  Hassan, Mr. Delawi, and crew for your friendship and hospitality. I hope to return the favor. 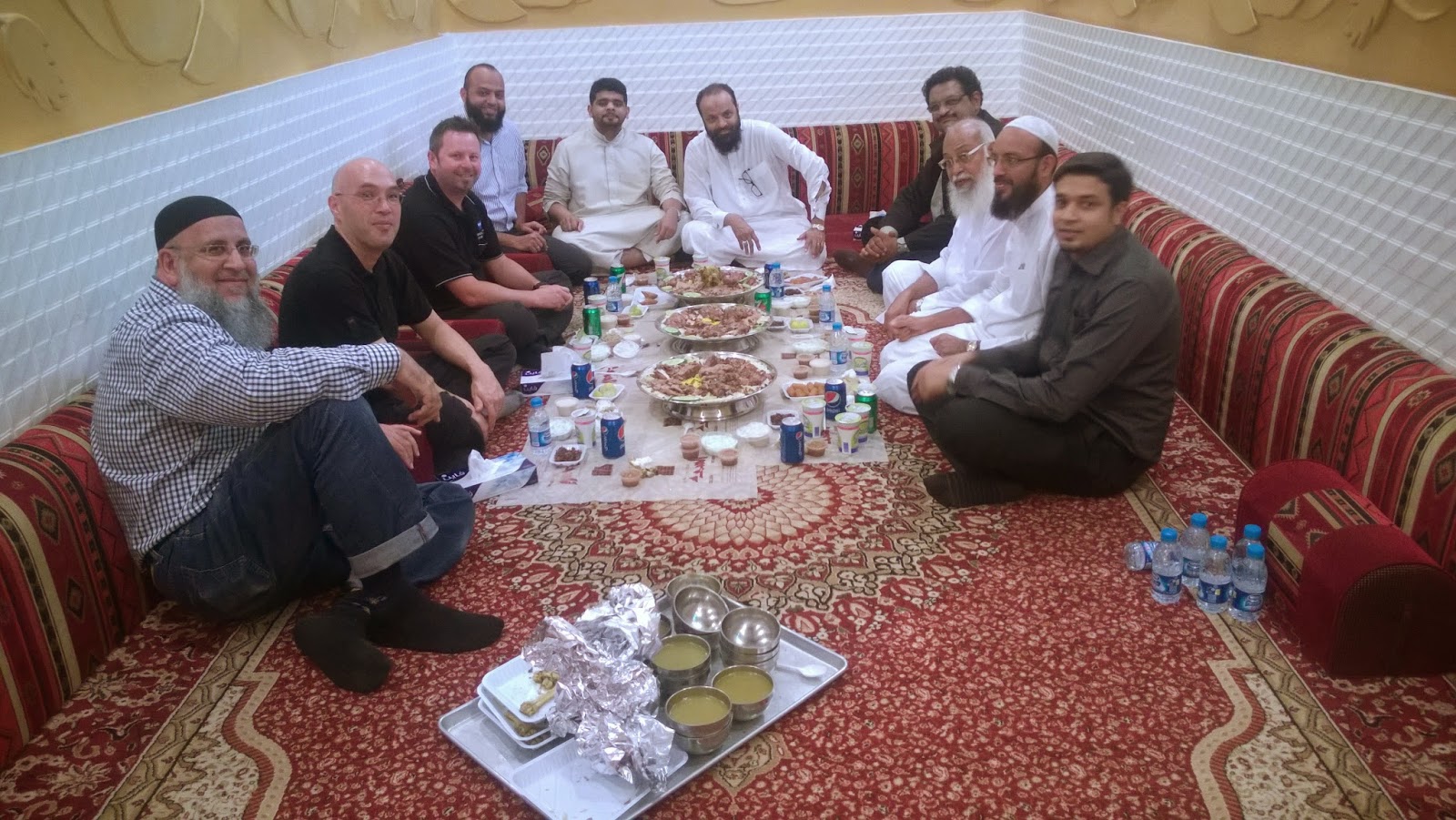 Posted by Alan Imberg at 9:53 PM No comments: