Notes Regarding My Album "For the Light to Break Through". 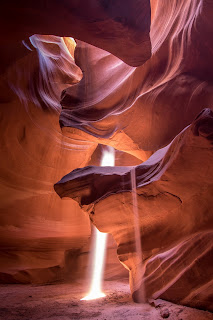 With the release of my latest (as of Jan. 2019) collection of music, "For the Light to Break Through", I thought I'd give some insights into the inspiration and thoughts behind the music.

The pieces that comprise of the album (is that even a thing if its only available digitally???) were composed and recorded between 2016 and 2018. There wasn't an over-arching and unifying theme in that the pieces were recorded as time allowed. Some of the pieces were conceived as potential "cues" for prospective and imagined visuals, perhaps in the vein of Brian Eno's "imaginary soundtracks". But I continued to collect pieces until I realized that there was enough to release as an album.

Like past albums, I can see a common and unintentional thread within the music, in that they are reflective of the time of my life in which they were conceived.

The stunning photo I used for the artwork is compliments of Madhu Shesharam.

As for some of the pieces, here is the inspiration behind them:

For more information about "For the Light to Break Through" or any of my other releases, please visit my website.

Posted by Alan Imberg at 8:05 AM No comments: