In memory of my father, Brun Imberg 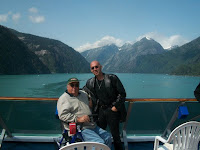 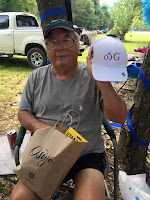 My father, Brun Imberg, was many things in his lifetime: sailor, merchant seaman, cable car “grip man”, mechanic, counselor…. a husband (3x), brother, uncle, stepfather.…. recovering alcoholic, spiritual seeker (and spiritual “Luddite”, sometimes simultaneously) and, of course, father.  All these roles can lend themselves to seeing him in different lights and context. I suppose that’s what makes the reflection on a life so challenging.  As his only child, I’m going to share a glimpse of the importance my father was to me, though not just as a dad but as an example of an imperfect man who set an example of how to (and how not to) recover from errors and failings,  finding redemption and grace (both for himself and his son) along the way.

I am the only child to my parents. For my entire life, they have represented a binary outcome for alcoholism: life (dad) and death (mom). When I was born, both of my parents were active alcoholics. My father always marveled that I didn’t suffer from fetal alcohol syndrome. My mother would die from alcoholism when I was 9 years old. Dad, however, was led down a different path, in part because of me. As he told it, his “moment of clarity” came in 1969 after a hard night of drinking where he had passed out in the living room and woke up to see me coming down the hallway in dirty diapers, looking for mom and dad. Soon thereafter, he sought sobriety and was able to maintain it throughout the remainder of his life.

I wish I could say it was “happily ever after” when Dad got sober, but it wasn’t. My mother, likely suffering from mental issues in addition to alcoholism, would abuse and terrorize me for several more years. But Dad’s sobriety was a ray of hope for me. Even as a little kid, I knew that he was my haven from the madness that my mother suffered. Never was he more a savior than on one morning in 1974, as I’m walking to school on Noriega Street in SF, when he unexpectedly picked me  and “rescued” me from the nightmare that was life with an alcoholic mother. We went to another town to start anew. That was the end of my time with my mother who would die from cirrhosis of the liver brought on by her alcoholism within a year.

I could go on and on about all the good times and not-so-good times that came after that day that Dad rescued me but that would be laborious. All I can say is that throughout my youth, as his only child, we would share in the benefits of his growth as well as suffer the consequences of his mistakes. Again, he was a flawed man but one who kept trying to get better and who did some remarkable things that made a huge difference in my life.

By the time I was 18, I was well on my way down a path of dysfunction and destruction of my own making. I had become an angry and rebellious person. The more self-destructive I became, the further I pushed Dad away. I know this hurt him greatly but, to his credit, he didn’t attempt to “rescue” me then as he did when I was a kid, knowing that the opposite result of further distancing was the likely outcome. He knew that I had to learn things for myself…and I would, albeit by learning from his example.

In December of 1990, my own path of dysfunction led to me being incarcerated for the Holiday’s. This would be the lowest point of my life. I had come to the realization that I was following in the footsteps of my late mother. While a terrifying thought, there was a sense of inevitability to it. But, as stated earlier, both my parents represented the binary outcome of such a lifestyle in my eyes (and yes, I’m now aware that addiction is not as black and white/simplistic as a kid’s binary perception). It was through a chance encounter with a fellow inmate that I was reminded of the path that my father had taken. And while his path was part of what I had rebelled against in my adolescences, it was something I had become humbled enough to consider while ringing in 1991 in a jail cell.
Long story short and without going into detail, on February 9th, 1991, I chose to start a new way of life and follow a path akin to the one my father followed when he saw me in the poopy diapers all those years ago. Again, no “happily ever after” here, largely because my journey is still ongoing. I will say that the path I chose has yielded more peace and joy than I could have anticipated with reconciliation and redemption being part of the journey.

Early on my own recovery, I had the chance to share with my father some of the finer and more painful parts of my journey up to that point which created a new dynamic to our relationship that grew and sustained for the remainder of his days in this world. We were able to have a relationship for most of my adult life that was based on substantive and impactful things: Spirituality, reconciliation, sharing of mistakes and triumphs, being friends. There is so much I can share about my relationship with my father. In a nutshell, he was my hero and I loved him.

His final week of life was spent in my home with me and my family. I will forever be grateful for this time and the gift that was being able to serve my dad in his final days. One moment that will forever be in my heart is his final Sunday. He was weakening and he knew his time was short. He had some abrasion wounds on his arm that I was redressing with fresh bandages while he sat watching TV. While doing so, he turned to me and said, “you are a good man”.  In the corner of my eye, I could see my wife, Lilian, stop in her tracks and tearfully smile at both of us. I too began to cry and told him, “you taught me”, to which he replied, “I didn’t teach you that”.  At this point, I had to lighten the mood and told him, “I’m not saying you can walk on water, but you did point me in the right direction”. He just mumbled “…. different path”.  He was never one for sharing tender moments but this one hit me hard. I put him to bed and went to my room weeping.

On September 4, 2019 at 9:42 am, my father passed away. The night leading up to his death was excruciating for me. Watching a person die is traumatic. Watching my father die….even more so. But, having a month to process his passing, I know that it was a gift to both of us: for him to be here and for me to serve him. He knew I loved him. I don’t think there was much “left on the table”.

Following his death, my cousin delivered some of Dad’s personal items to me. One item I never saw before was a coffee mug that had the following inscription:
“A hundred years from now
It will not matter what my bank account was,
the sort of house I lived in,
or the kind of car I drove….
But the world may be different because I was important
In the life of a child”
Dad, you were indeed important to your only child and I’m so proud and grateful to be your son.

Posted by Alan Imberg at 6:56 PM No comments: