Facebook, Twitter, and the other social media platforms are a curious, addictive, most-of-the-time useful, sometimes annoying thing. Like many my age (lets just say I pre-date the internet....and remember a time before there was a Star Wars), I use social media to stay connected to friends and family, many geographically distant from where I am. Like most, I will share "memes", videos, articles, etc that interest me. In turn, I will check out the posts of friends (both real and cyber) via my news feed.

One thing I used to do but have vowed to not do any longer is propagate negativity. There are so many items out there that are intentionally provocative, designed to raise the ire of someone. Most of the provocative items are political. Some have religious/anti-religious content. Some are just crude humor, etc.

Now...I have my opinions. And some will and do disagree with those opinions. But there is a difference between expressing an opinion and demonizing or ridiculing an opposing opinion. I do agree that civil discourse and debate is productive and necessary. But, in the context of social media, productive discourse is almost an oxymoron. A "tweet" or a post of limited characters requires brevity. Too often, to convey an opinion with such brevity, most resort to simplistic insults, crude "memes" and the like. What I have found is that such things only agitate and invite retaliation. As brevity and "intellectual laziness" can go hand in hand, the result can be a lot of negativity and pissiness. Take the meme below as an example to illustrate a point: 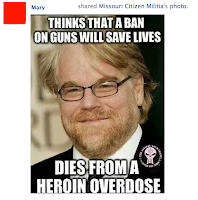 Now, I'm not going to get into my thoughts on guns and control. I just randomly Googled "gun control meme" and this popped up. Its intended to highlight perceived hypocrisy amongst ant-gun advocates . It simple but as anyone, pro or against, can tell you, the issues about guns in America is far more complex than a simple meme could convey. If I was to share this via FB without any comment or context, I would surely get several angry comments as well as some likes.

Again, I'm not going to debate the issue. But, nor am I going to participate in passing such negative stuff on with the intent of enforcing a negative message (for the record, I'm not a fan of guns and wouldn't send this crap on under any circumstances). In the end, all it does is propagate negativity and little more.

Instead, I'd rather share positive things, reflecting universal truths, spiritual thoughts, etc. I've found that most of the time, such things CAN be conveyed in the brevity required by social media. Case in point: 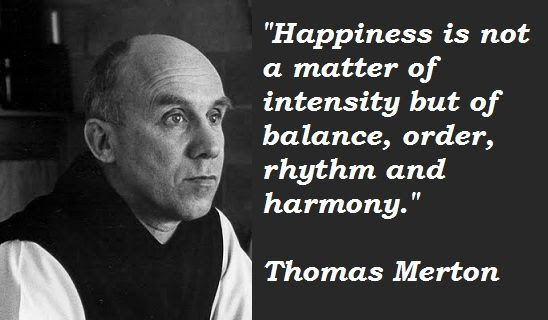 Both of these memes are taken out of a bigger context but the quote from Merton conveys a message he intended to convey very clearly.  I suppose its easier to express thoughts of hope and love with brevity. And, as such, I'd rather, for my own peace of mind, spread a little positiveness instead of adding to the negativity of the world. God knows there's enough of that out there. If you don't think so, go check your Facebook feed....
Posted by Alan Imberg at 6:26 PM